“BE THE CHANGE”: THE WOMAN WALKING IN GANDHI’S FOOTSTEPS

A live artist from Merseyside is about to embark upon a ground breaking five month project that will see her travel to India to walk in Mahatma Gandhi’s footsteps. Clare Brumby, from Halewood, is going to complete the famous Civil Rights Leader’s 24 day ‘Salt March’ as part of an artistic cultural project that will educate and inspire change in the world.

n a letter to the British Authorities dated 2nd March 1930, Mahatma Gandhi declared a non-violent protest against the British Salt Act – a rule that forced Indians to buy salt from the British and pay ‘Salt Tax.’ On 12 th March 1930, he left his Ashram in Ahmedabad to begin a 240 mile ‘Salt March’ in an act of defiance.

He was joined along the route by 80 other marchers and walked 10 miles a day to Dandi, where he sourced and produced his own salt. 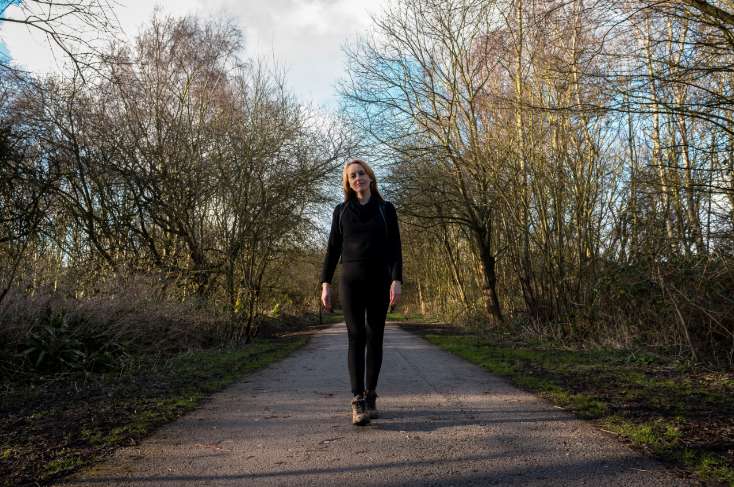 Now, 90 years later to the day, live artist Clare Brumby is set to do the same walk as part of her Arts Council England funded project called ‘Salt Act’. Clare will be talking to people along the route about how Gandhi created positive change in the world. She will also be documenting her journey through regular video updates that will be available online, along with live real-time GPS tracking so that people can follow her progress via her artist website.

Upon return, Clare will be carrying out a similar walk in Liverpool, undertaking dialogues with local people using deep listening techniques and recording conversations about what changes they would like to see in the world.

The data from these dialogues will inform a new piece of choreography based on symbolism from yoga, created through collaborative sessions with choreographer and yoga instructor Donna Unwin and a group of 80 people from Halewood. The final performance of this new piece will take place on Sunday 21st June 2020 (International Yoga Day) at Liverpool’s World Museum. A performance is also planned at a local venue in Halewood.

This unique commemoration of Gandhi’s non-violent protest aims to bring cultures and communities together and explore how art and artists can bring about positive social change. With a focus on individuals uniting together in solidarity, ‘Salt Act’ is an experiment in the power of modern mass mobilisation and ‘holding onto truth’, first explored in Gandhi’s original march.