As part of the summer long celebrations at Liverpool’s Pier Head Village, award-winning wood sculptor, Simon O’Rourke, will be visiting the Pier Head next month to attempt the most ambitious challenge of his career to date – transforming four tree trunks into life-sized statues of The Beatles!

Internationally celebrated for his unique work on statues, from Angels to the Dark Knight, the 39-year-old will tackle this mammoth 24-hour long task over three Sundays in August, finishing with John Lennon on Bank Holiday Monday (August 28).

In a purpose built arena on the grassed area on the Pier Head, the Waterloo-born sculptor will be using a number of large and small chainsaws to complete each statue; starting with Paul McCartney at midday on August 6th, followed by George Harrison on the 13th ,Ringo Starr on the 27th and John Lennon on the 28th. Each sculpture is expected to take 6-7 hours.

“I have never carved The Beatles before so coming down to Pier Head Village and working in front of a crowd that idolises the band is a daunting but hugely exciting challenge and one I’m confident of delivering.

“My work has ranged from small figurines to six and seven foot tall statues in the past, but I’ve never done anything of this kind before! I am really excited to see the final product when the Fab Four are all revealed side by side on Bank Holiday Monday and I just can’t wait to get going now.

“I will be bringing plenty of pictures of The Beatles down to the Pier Head with me so I get each member down to a tee, and of course there is added pressure as my work will take place right next to the iconic statues of the Fab Four!”

Planning to carve Paul, Ringo Starr, George Harrison and John Lennon, Simon will be recreating the band from their early years, when smash hits such as ‘Please Please Me’ and ‘Love Me Do’ were in the charts.

As with all events on the Pier Head Village, the ‘Creating the Beatles’ installation is a free to enter event for the general public and will coincide with an unlimited supply of Beatles smash hits and some surprise special guest, playing from the surrounding Beach Bar at the Pier Head Village.

Variety, the children’s charity, will also benefit from Simon’s hard work, thanks to a generous offer from Pier Head Village creator, Martin O’Shea.

The Pier Head Village’s chosen charity for the summer, Variety, the children’s charity, who specialise in helping disadvantaged, sick and disabled children across the UK, will receive all the profits from the sale of The Beatles’ statues, when they are auctioned off by the History Channel’s UK Pawn Stars team at the British Music Experience in September.

“I was so excited when I first saw Simon’s work on YouTube, so to have him down at Pier Head Village and to have him working on four historic pieces of art is fantastic. A huge Beatles fan myself, I am intrigued to see how the statues of John, George, Paul and Ringo will turn out, but knowing Simon, I have no doubt that they will be awe-inspiring.

“With Simon’s work taking place over three weekend days and a bank holiday, there is a great opportunity for plenty of people to come down and enjoy not only the carving and The Beatles music being played, but also the fantastic attractions, thrill rides and food and drink stalls at Pier Head Village.”

“To be receiving such an incredible donation from the team at Pier Head Village is something I can hardly put into words.

“We were over the moon when Martin rang us and told us that we would be getting the profits from the statue sales.

“Our team of volunteers  have loved coming down to Pier Head Village over the summer, and we will definitely be down again for the four afternoons in August, to see The Beatles come to life on the Pier Head.” 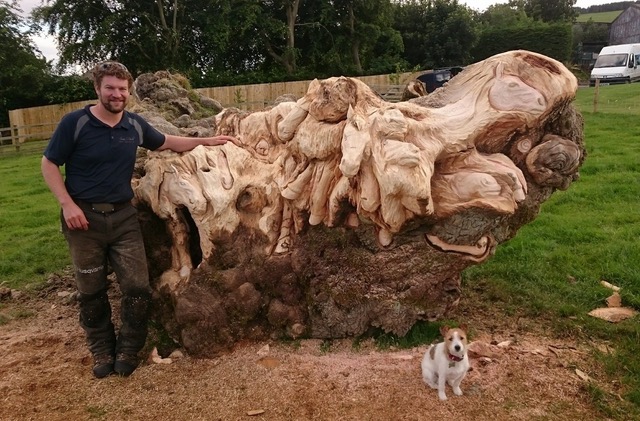 Liverpool Biennial – Turning the Place Over is Now Closed