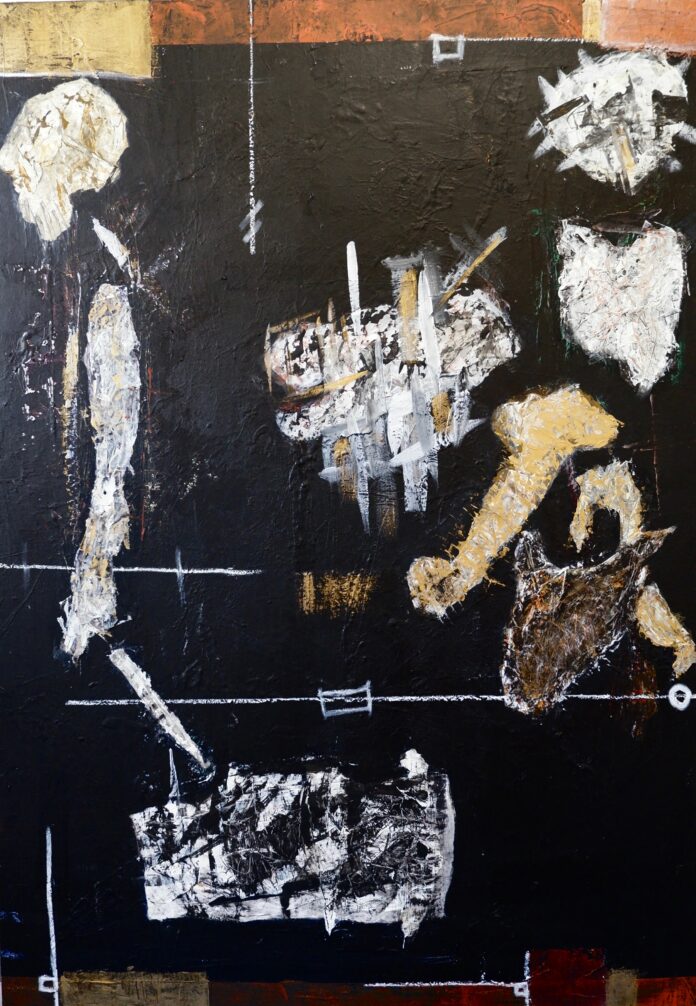 Imane was born in Versailles in 1995, and studies at La Sorbonne Paris from 2013. She graduates in 2016 with a first class honours degree in Humanities (Literature, History). After university, Imane decided to take a year out before embraking on her Masters Degree and went travelling.

Spending time in London and York, Liverpool elicted Imane’s passion thanks to what the city had to offer both in art and music. Imane moved to Liverpool in 2017 and found an apartment and a job. She has had a true appetite for painting, with no formal art training. Imane had found a natural voice for her artworks.

The juxtaposition and interconnectedness of shapes, space, form and colour in Imane’s work show an integrity for someone of her years. In these pieces, there is a scene of individuality and somewhat familiarity. At the age of twenty-four, Imane has a dynamic art future ahead of her.