Home Features Featured Artist Artist of the Week: Through Our Eyes Films
Share
Facebook
Twitter
Pinterest
WhatsApp
Words by Sinead Nunes, Editor
Local filmmakers Through Our Eyes have been crowdfunding in preparation for their very first feature film, and raised the money they need! We caught up with the team to congratulate them and find out more about the shooting schedule.
Can you tell us a bit about your company?
Through Our Eyes Films is a young, independent production company based in Liverpool. We are dedicated to making short films about real life with the aim to move onto feature films in the future. In the last 18 months we have made two short films based in the North West. Thomas Hartley is a comic-tragic tale of a socially marginalized man in Chester chasing his dream of building a stadium for thecity, and The Slain was an adaptation of a Thomas Hardy poem about the ghosts of dead soldiers who can never return home.
And who’s on the team?
Our core team is made up of an experienced writer/director and recent graduates building their way into the film and TV industry. Each team member shares an ambition to gain invaluable experience ofworking in film on their own terms and on projects they passionately believe in, rather than follow conventional and ultimately restrictive routes. Those involved are determining their own professional development with a greater sense of ownership of the projects they work on than could be expected within ‘the industry.’ 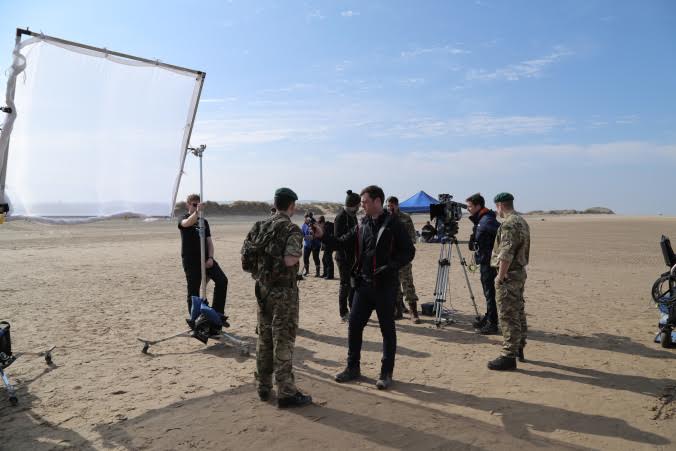 You’re interested in using the company to provide opportunities to local people – can you tell us about some of the opportunities you’re currently offering and how people can apply?
We are working closely with the community in Aigburth where we are shooting casting all of thechildren and extra roles from locals. As well as that we are on the hunt for runners/production assistants for our next shoot later this month and already have a number of local people and students getting involved in this way. To get involved just email your interest to through.our.eyes.films1@gmail.com
What inspired your upcoming feature Murderous Injustice?
The film is based on the tragic murder of a refugee that took place in 2013. It will explore theprofoundly important and topical matters of misunderstanding and intolerance in our society today. Whilst the film will be shot from the perspective of the antagonist and his actions, our overall intention is to reinforce positive notions of fairness and understanding, whilst raising public awareness of issues related to the asylum/ refugee community here in Britain. 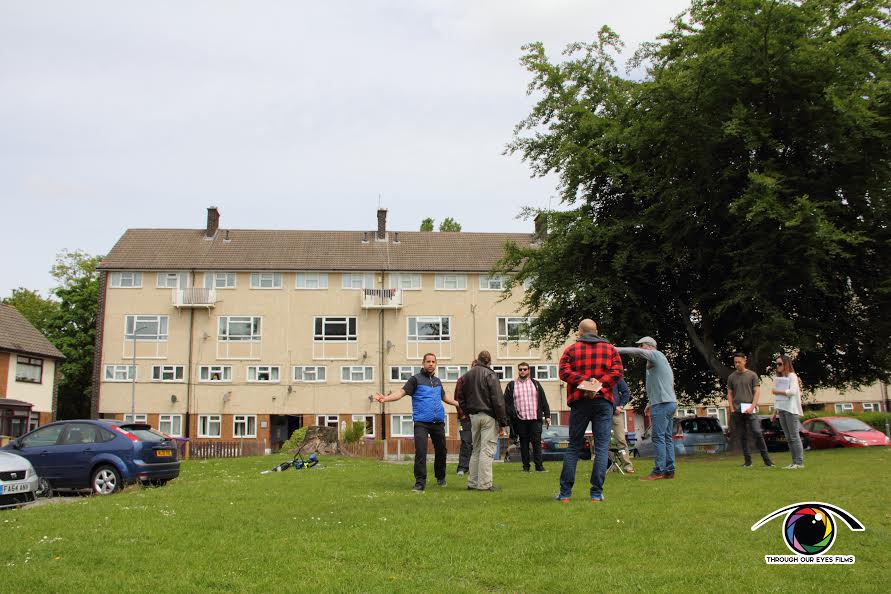 You have been crowdfunding in order to make the film happen and reached your £5000 target! What will the money be used for?
In the past 6 months we have already secured the majority of our budget. We have £8000 under our belt but without the final £5000 all our hard work would have been wasted and we wouldn’t have been able to complete production. The £5000 will be used to cover the costs of hiring professional equipment which includes a 16mm camera, lighting and sound equipment. The rest of the funds will ensure thevoluntary cast, crew and community are catered for during the three day shoot.
What are your hopes for the film once it’s finished? And looking ahead to 2016?
Our plan is to start spreading our 3 films around festivals worldwide to start building up some accreditation and backing. Hopefully this will give us the boost and support we need to step up and reach our dream of completing a full feature film in the future. We also have plans for a few small side projects and documentaries based across Liverpool including a documentary about the lives ofchildren in Liverpool during the Second World War.
We can’t wait to see the film – congratulations once again to the team. Find out more at www.crowdfunder.co.uk/murderous-injustice