As some of you may know already, a new independent space selling the wares of local artists has just popped up in the city centre. We spoke to the team at Revolver Retail to find out more about REX; the importance of injecting new ideas into the high street; and to discover what ‘concept store’ really means.

What is Revolver Retail / REX?

We set up Revolver Retail to make retailing accessible again. Our research and experiences show that there are many people who want to set up businesses or move offline, but can’t find the spaces to do this.

It is well publicised that the high street is struggling with vacancy rates averaging 14%. We however do not believe the issue is as most commentators believe down purely to factors such as the internet. In our opinion the high street is struggling because the current multiples have become stale and their product homogenous; there is a lack of innovation and new entrants across the board. Liverpool has the same shops as Manchester for example leaving shoppers no reason to choose between the two.

We believe the future of the high street relies on new retailers being able to enter the market and innovate. Local operators should be able to set up easily and each town or city should have its own identity that differentiates them. People in-between cities such as Liverpool and Manchester should want to visit both – not just one or the other.

That’s where we have innovated by making spaces accessible: the first pop up shipping container market in the country, opening up Liverpool’s major events calendar to small local traders, securing concession space in TopShop for small businesses, and now REX The Concept Store. REX is our department store concept, for whicg we have created a 5,000 sq ft space so people can trade, perform, have a coffee, do whatever they want. So far we have 63 people trading in store and spaces available on flat rate or commission-based contracts.

So local crafts people and small businesses should get in touch! So what is a ‘concept store’ then?

A concept store is anything you want it to be. For REX to really work its only as good as the people who trade and use the space. We want people to try new things and by reducing the risk financially we hope that people take us up on the opportunity and do the thing that they have always wanted to.

Ultimately with a couple of exceptions, retail has become a standardised and boring experience. We want to bring back the concept of a store that people want to go to experience something different, something that surprises and entertains them. Somewhere where they can buy something that they really like rather than just need.

Sounds like our kind of shop – let’s meet the team.

At the moment there are 4 of us in the office and 5 in the REX team. We don’t have job titles – we look at what needs doing and take the bits we are best at and get them done. This way everyone has a varied job, focuses on what they are best at and so far its allowed us to get more done than we had ever imagined!

Hopefully there will always be room to join the team; the more we grow the better the spaces we can create and the more people we can help trade. We also have the space itself, if people want to come in and draw on our walls, sing on our stage or want us to bring anything to their event they just need to get in touch.

Can you tell us a bit about the products sold at REX by local artists?

REX is home to a unique collection of independent retailers, artists and designers. We have everything on sale from Art, Fashion, Vintage, Kids stuff, Jewellery and Accessories. There definitely is something for everyone and you can grab yourself a coffee while you are there with the finest hand-made, hand-poured coffee from Quills Homeware.

REX is the new home for independent retail in Liverpool. We basically believe that Liverpool City centre is great but there’s not much of Liverpool that can actually be bought in it so we are looking to change that and get the best Liverpool has to offer on sale in the City Centre.

We’re also intrigued by the exhibition space – tell us more.

We always wanted REX to be more than just a shop. We have a performance space which is basically a giant box at the front of the store where people can do whatever it is that they want. We want people to be entertained and surprised when they visit and also give local performers a place to gain exposure, so hopefully we can do both.

Our exhibition space is managed by dot-art who co-ordinate our art section in store. We currently have an exhibition by local taxi driver Joe Thompson. We want to make art more normal. We have many pieces available for less than a generic print would cost in Next and much better too. Our view with art is if you see it and like it then that’s enough, if it makes you smile then what else matters? Hopefully we can keep working with dot-art to find homes for affordable art that people want in their home or office. 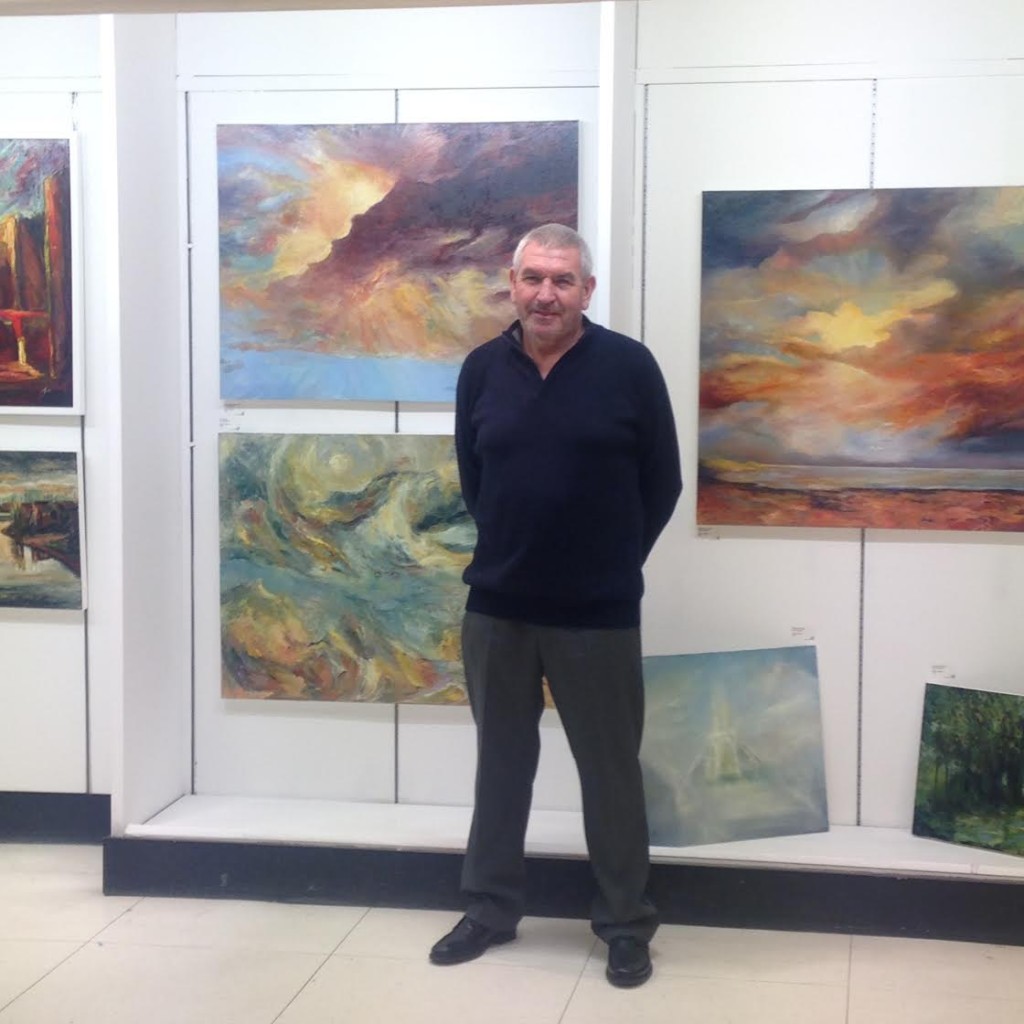 There was clearly a gap in the market for this kind of space – what inspired you to open?

We have always wanted to open our own shop. There are many restaurants opening up and Liverpool’s food scene is great at the moment, however, you could probably count on one hand the number of independent stores that have opened in the past few years in the city centre. High streets need new retailers and we wanted to create a concept that allows people to sell in their own town or city by sharing overheads.

What really excites us is we believe in saying yes to people. For most of your life there’s always someone is telling you what you can’t do but we are interested to see what people actually do once the cost barriers and rules are taken out of the way. Who knows what we might end up selling? That’s exciting! Liverpool invented much of the modern world – just look at Wikipedia – and we want to make sure there’s always an outlet for the talent in the City.

We are only as good as the traders, products, talent and people that come to us.

You won an MIB award for best start-up – what was that like?

We didn’t expect to win that one as we were up against our friends Independent Liverpool who have achieved so much. For us it was great to have a night off and be recognised for all the hours and hard work we have put into the business. In all honesty, meeting the people who trade in our spaces and seeing them be able to grow their businesses means a lot more than an award but hopefully Revolver, REX and all of our traders will make a clean sweep at next years MIB’s. It’s a great event because it recognises those who make Liverpool the great city it is.

We’ve also heard about a programme of workshops at REX – what kind of things can we get involved with?

So far we have had gingerbread decorating, t-shirt making, wooly mug warmer knitting and more from traders such as Girl on Purl. We are only just starting with these and will hopefully be able to build on these as they give our traders the opportunity to meet and show people what they do and also give the consumer something different when they are in town. 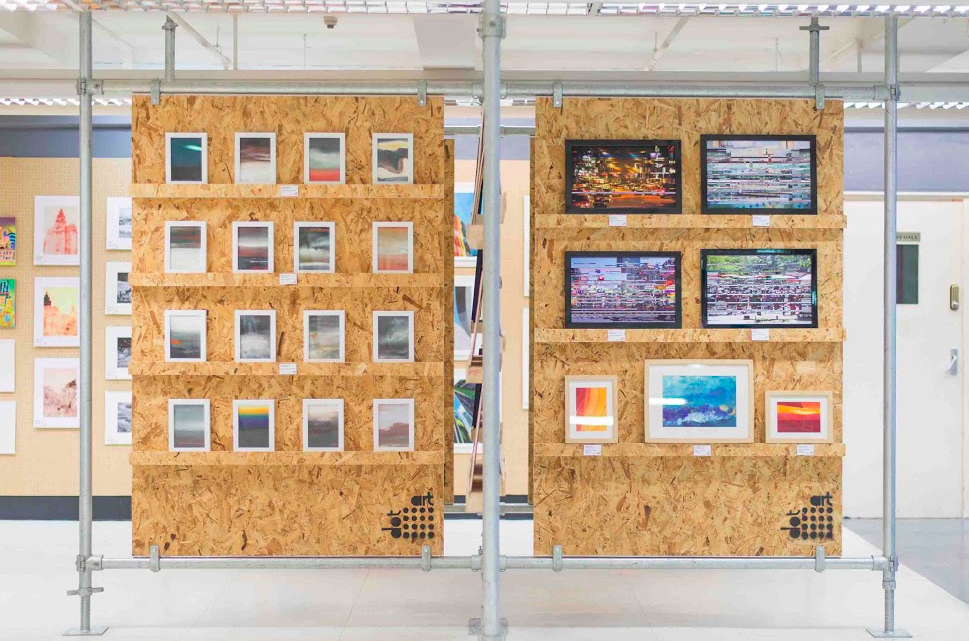 The store has been open a little while now, but what can we look forward to in 2015?

It’s only the first week of January and already we have a host of new retailers we are looking to bring in and the store will be moved around by the end of the month to freshen things up. We are only 3 months old so we just need to keep at it. With rates, rent, salaries, etc it is near enough impossible to open a shop unless you’re a large chain so we want to prove it can be done if 60+ talented people pull together to make it work.

On the events side we can’t actually believe the opportunities that have come our way for 2015. All we can say is we will be taking Liverpool’s finest all over the UK.

Wow that sounds exciting. You’re also looking for graduates to become part of the concept. Why do you feel it is important to support graduates in this way?

We have been working very closely with Liverpool John Moores University. Many of our traders, our Architects Unit 3, The Quad Collective who produced many of our fixtures and more all came through LJMU and in particular the fantastic enterprise department. We are working closely with the Retail School also so we can offer experience and spaces to undergraduates to test their ideas and postgraduates to start their own businesses.

Graduate retention is far too low in Liverpool – the universities do all they can but the city does not create jobs so people have to leave. We want to work together and create more and more spaces that let graduates start their own businesses, employ other graduates and make sure as much of the talent the city creates stays here. 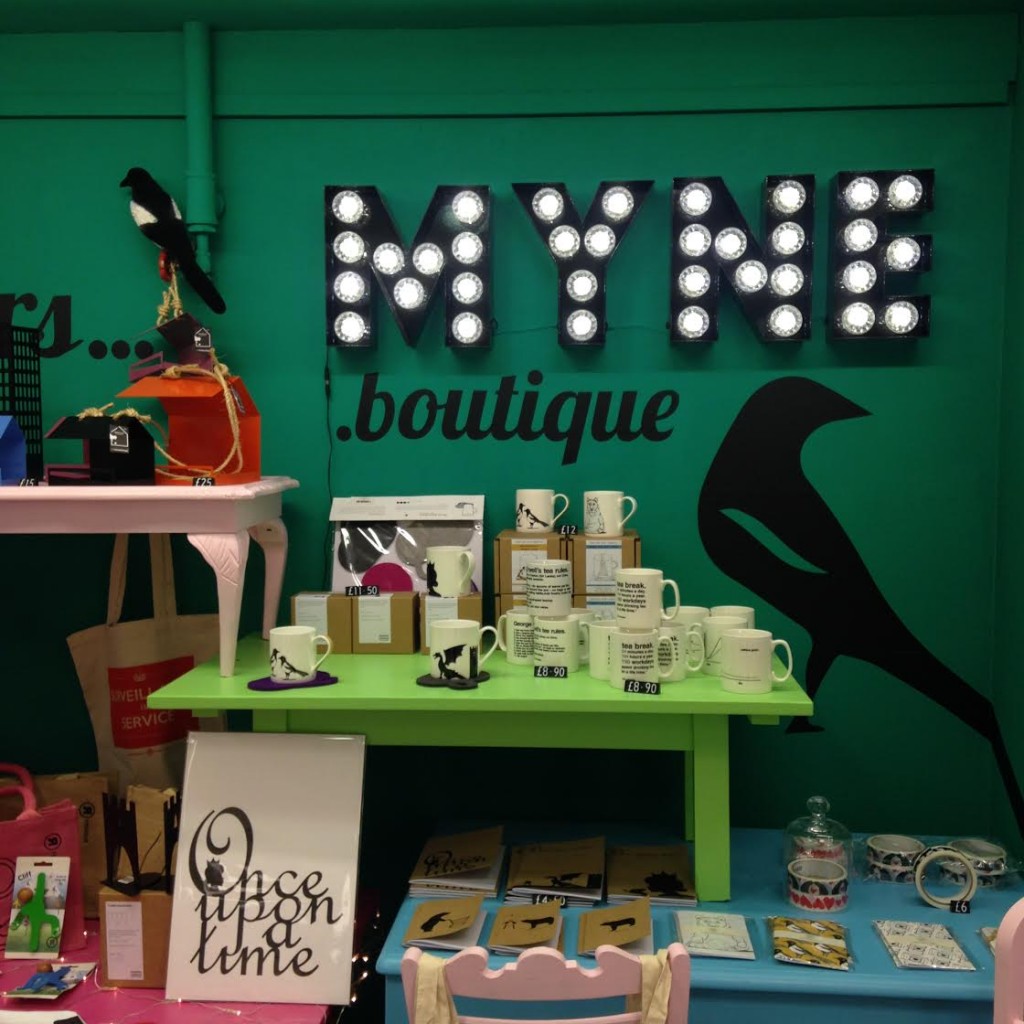 You’re doing great things in the independent market – what other local businesses do you admire and why?

We admire anyone who is out there and giving it a go, whatever they are doing. Leaf and the Moon and Pea are favourites and Lox & Caper on Hanover Street is a true hidden gem as is Whiskey Business on Fenwick Street. Lucha Libre is one of the few restaurants you could actually take to any city anywhere in the country and it still be the best in town.

Rapid is one of the largest city centre independents you will find in the country, and our traders who have gone and started a business like Lauras Little Bakery keep us going. Sound City is arguably the only world class national event held in the city and their plans for 2015 are seriously exciting. The city is full of great independents and when you’re doing it yourself day in, day out you admire anyone else who is giving it their best shot at whatever it is they are choosing to do.

Where are your favourite places to see art in the city?

On the street itself! It’s everywhere whether its street art, architecture, fashion, shop window displays, busking (although we draw the line at whatever those guys dressed in alien suits on Church Street are?). You just need to have your eyes open and look up and around!

We also sell Seecret Tours for those who want to find the Cities hidden gems!

Feature: Casey Orr on her latest project with Alternator Studios –...