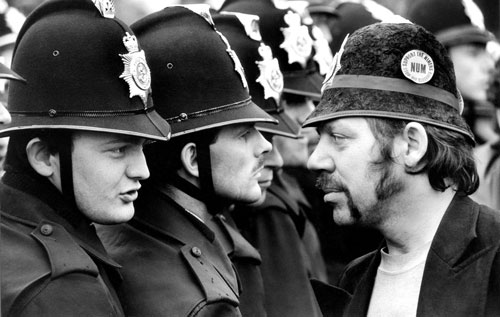 Although the Look11 festival is over for this year we are very fortunate to have a couple of long running photography exhibitions continuing through the Summer. You really should not miss Paul Trevor’s ‘Like You’ve Never Been Away‘ at The Walker and Don McPhee’s  ‘You Have What I Saw‘ at the Cornerstone.

Here is Gayna’s review of the latter… 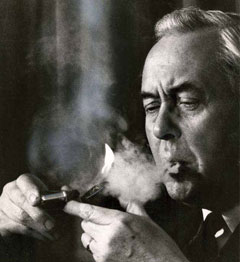 This emotive and stirring photographic exhibition at the lovely Cornerstone space is shown as part of Look 11, Liverpool’s International Photography Festival.

The featured photographer, Don McPhee (1945-2007), travelled Britain and far beyond from the Guardian’s Manchester office for 36 years, producing pictures which featured his unique perspective. This collection  was compiled by McPhee’s former colleagues with the help of the Guardian, and has recently been donated to Liverpool Hope University to form part of the University’s permanent Art Collection.

Don started working for the Guardian in 1971. For the following two decades, working with fellow journalist and photographer Denis Thorpe, he came to shape the newspaper’s style of photographic journalism as well as influencing that of all other serious publications.

Working mainly from Manchester and the North West but eventually travelling all over the world, the pair’s interest was in hard news stories, often local. Trusted by staff and management, authorities and employees, and working in mainly black and white print film,  Don’s images of such huge events as the 1980s miners’ strikes, the Shetland oil spill and the Lockerbie air disaster remain in public consciousness as collective memory.

What is striking is that this is not a case of a photographer being present when certain iconic moments took place. Rather, he created them. The most famous images – Harold Wilson lighting his pipe, or the ‘helmet-shot’ face-off from the miners’ strike,  (‘Orgreave Colliery’), define a person, a situation, a moment in time, forever.

Another notable factor is the versatility of the work shown here. Here is a man who wants to know the whole story – a liberal and humanist who appears to have asked questions others may have forgotten.

This exhibition includes iconic news pictures, portraits of politicians and affectionate shots of the people of the north. But Don also worked in other parts of the world including India and Shanghai, bringing the same honesty and will to show the truth as did all his work in the north of England.

Quite apart from his journalistic skills in creating lasting images of once-in-a-lifetime events, as a photographer Don is also a great artist. The beautiful landscape shots of Cumbria and Humberside stand alone as images.

But his sense of humour is also obvious here. David Ward, also of The Guardian, relates the following story:  “When Tony Blair visited the set of Coronation Street to do his man of the people bit, I was with the watching crowds as Vera Duckworth (Liz Dawn) greeted the man soon to be prime minister. Don, a big Corrie fan, cried: “Give him a kiss, Vera!” She did and Don’s picture made the front page.”

It is well worth the effort to visit this touching, abrasive, fine exhibition. Although Don McPhee embraced digital photography in his later work, this is mainly a celebration of his photography before the digital age – when time was taken to compose one vital image which would encapsulate a moment in time, forever.

With thanks to David Ward, a fellow Manchester-based Guardian journalist who worked with him for 32 years, for his insights into Don McPhee’s work, and to Denis Thorpe, who has worked extremely hard to prepare this exhibition of work by the photographer who shared ‘The North’ with him for 20 years.

The Exhibition is part of Look 11, Liverpool’s International Photography Festival, and is open from Friday 17th June to Friday 2nd September 2011. Admission is free.

For directions of how to get to The Cornerstone Gallery at the Creative Campus please visit www.hope.ac.uk/gettingtohope 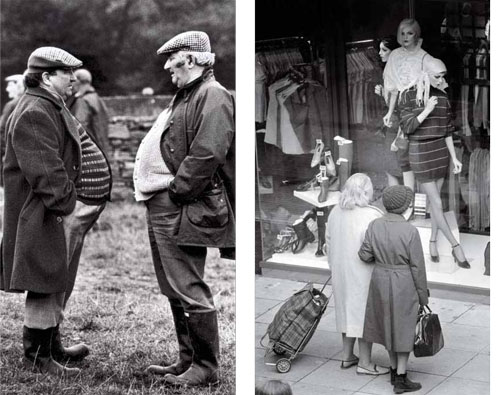 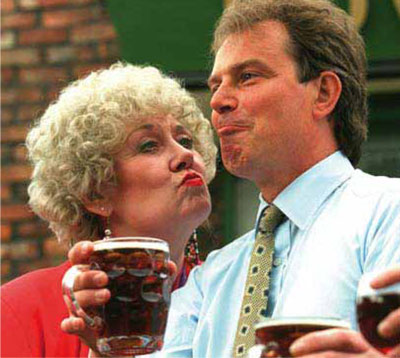