Starting Tuesday 5th April is an exhibition of art by people who have been affected by mental health problems. Curated by Imagine, the mental health charity based in Hope St. It runs until the 15th at the Liverpool Academy of Arts

Nerve, the Liverpool-based arts and culture magazine, are staging a launch night on Friday 8 April (8-0 pm to late) upstairs at the Pilgrim Pub on Pilgrim Street to promote the new issue, which will be available on the night.

Admission is free. Donations on the night will be welcome 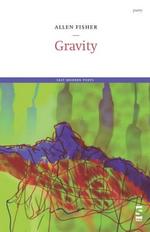 Allen Fisher, Poet at the Walker

This is the first event in the ‘Poetry in the City’ festival which runs at various venues until April 24th .
Neon Highway presents:
Allen Fisher
Guest Poet reading from his work at the
Walker Art Gallery
Sunday 10th April
William Brown Street
Liverpool

Admission will be free.
Refreshemnts available.

Poets from the Edge Hill Poetics Research group will also be reading from their work.

Allen Fisher is a poet, painter, publisher, editor, and art historian, who has been enormously influential on the younger generation of UK poets. Anthologized in the major British anthologies, Fisher is the author of 114 chapbooks and books. He currently edits Spanner, lives in Hereford, and is Head of Art at the Roehampton Institute London. Fisher’s varied works, writes Robert Sheppard, “represent the most serious and extensive attempt to register late-twentieth-century realities at the level of both form and content in British poetry today.”

The Liverpool Culture Company is planning to use the fortnight as a forerunner for the city staging its first ever fully fledged Poetry Festival in 2006.
See the liverpool08 page for full listings.

‘Poetry In the City’ will also feature a series of readings, workshops and surgeries across the city to hone the poetic skills from the unpublished to school age first timers. ‘’Poetry In the City’’ is being co-ordinated along with local reading groups such as the Windows Project, Dead Good Poet’s, Writing on the Wall and Neon Highway with events staged at libraries, the Walker and one of the city’s highest buildings – St John’s Beacon. 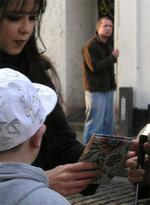 Photography by Ben Zuhlcke and Robert Howie Smith at Urban Coffee Lounge (formerly L.Issue) Smithdown Road. Opens on Monday April 11th, there’s no private viewing but Monday will be an open day with Ben in attendance. He plans to take portraits of some of the visitors and add them to the exhibition so comb your hair! Runs until May 29th.