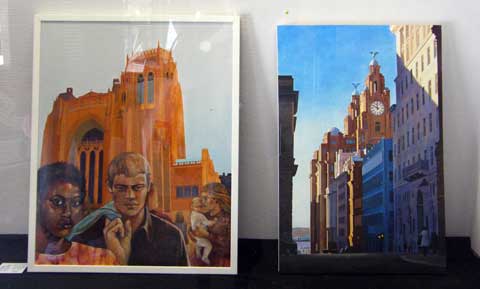 You can see some of the works in the various windows along Queen Ave., off Castle Street and the rest in Dot-art’s HQ at No.16.

The work on show, which encompasses painting, drawing and photography; has been selected to highlight the successful artists and events of 2008, but also underline the ongoing energy and cultural activity in the city and continue the momentum generated by our Capital of Culture year.

Scouse Soul Stew Artwork and Exhibition as part of The Living...