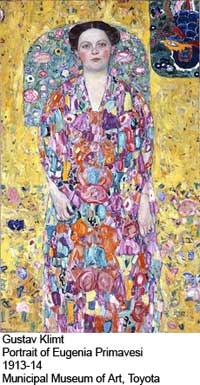 This evening the Liverpool Culture Company announced some 70 highlights from the European Capital of Culture programme of events for 2008.

Of course the programme covers the whole cultural sphere and I’ll be listing them all over time but as this is the Art blog, I’ll mention just some of the main art events that caught my eye.

First up is the UK’s first comprehensive exhibition of work by the Austrian artist Gustav Klimt at Tate Liverpool (May 30 to August 31 2008). That’s an absolute must-see.

The Liverpool Tate is also celebrating its 20th birthday in 2008 and from Oct 19 2007 to Jan 13 2008 will be hosting The Turner Prize and later in the year, of course, it will be part of the Liverpool Biennial which for 08 will be known as The Big Biennial!

At the Walker Art Gallery from April to July there is an exhibition celebrating the power and impact of the railway on art in Europe and North America, featuring artists including Turner, Monet, Van Gogh and Hopper. Also on show here will be the massive newly-commissioned Portrait of Liverpool by Ben Johnson. 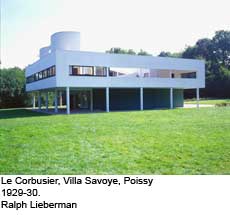 Also the old Edge Hill station will be turned into an arts centre.

The World Museum Liverpool will launch a multi-sensory exhibition on Liverpool as capital of pop and rock entitled The Beat Goes On and the Maritime Museum starts an 18 month long exhibition from July 2007 called The Magical History Tour a look back at Liverpool’s history of the past 800 years.

The RIBA Stirling Prize for architecture will be held in the newly-opened Arena and Convention Centre in October 08 and what should be a fascinating major exhibition on the life and work of Le Corbusier opens in the Crypt of the Metropolitan Cathedral also in October 08.

There will be plenty going on at FACT too with new commissioned work from Nick Crowe, Ian Rawlison and others as well as a new film, video and new media festival alongside works by a still-to-be-named ‘famous international art star’

There is also a major commission by The Singh Twins, The Big Biennial, A year long programme of public art, the Liverpool Commissions and not forgetting the Bluecoat re-opens in Autumn 2007.

Earth, Wind and Fire at Gostins