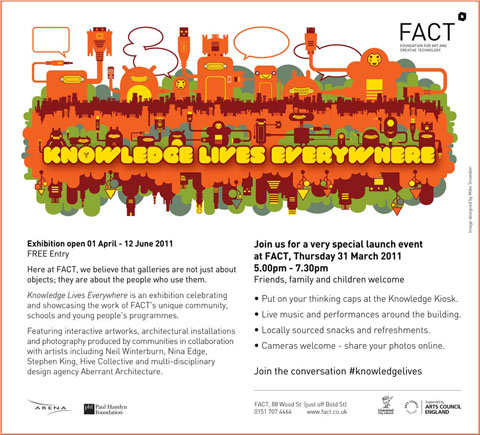 LETS ALL DO THE DOUBLE DUTCH – Turning Ropes on the Ropewalks.

This programme of activities is known as The Golden Opportunity  takes place   across the city. This week artist Nina Edge starts to deliver her response to the brief for FACT and the surrounding Ropewalks communities. Following consultations in the area she has devised a mini-series of provocations called Under The Influence.  These works change the way public squares and streets are used, extending what we can expect to find in this unique independent quarter. As usual her work combines playful and a political interests.

On Thursday March 31st from 5pm – 6 pm anyone passing through  Ropewalks Square, or attending the launch of FACT’s Knowledge Lives Everywhere exhibition will be privileged to see or join in  Double Dutch skipping.

A Double Dutch group was formed in Liverpool three years ago. There was an explosion of  interest in   this high energy form, which combines fitness, dance, glamour and music following the storming success of the film “Jump In”. Group founder Bea Freeman (of Pidgin Productions fame) has promoted and provided  Double Dutch – a vibrant urban sport which engages both boys and girls and fascinates viewers.

The Double Dutch team attend community, sports and school events  and would like to one day  bring the European Double Dutch championships to Liverpool. Bea and the Double Dutch skipping  were recommended by The Black-e, who like artist Nina Edge use games to promote growth.

This begins a longer collaboration between the Black –E, FACT and the Ropewalks people who Nina sees as players in her Under The Influence area improvements.   Although a keen skipper Nina Edge will be standing still at this event,  sound recording  jumping, skipping and  songs. Moving image will be produced by film maker Sandi Hughes and the resulting footage will become a tool to promote street games as a Golden Opportunity to re-define who owns the street and what happens downtown. Come and see two rope skipping – jump in !

Young Artists Reclaim Their Space at the Bluecoat

A Sleepy Weekend in Liverpool