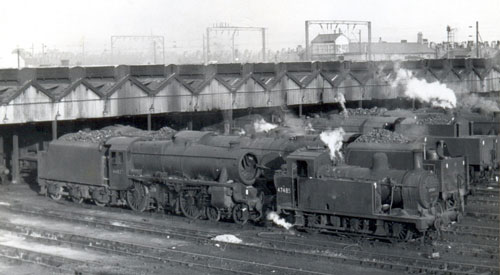 Looking forward to seeing this. I grew up in Edge Hill, my Dad worked at Plesseys on Edge Lane.

Metal, the arts organisation behind the regeneration of Edge Hill Station the world’s oldest passenger railway station, have announced a brand new permanent exhibition  ‘The Edge Hill Archive’ which will be a ‘living’ documentation of the station’s monumental past.

The Edge Hill Archive will open to the public on Sat 12 November 2011 from 12pm-4pm, situated in the Welcoming area of Metal – the station’s former Boiler House. A new website will also be launched available online at edgehillstation.co.uk.

Edge Hill Station is of significant importance to the local community, Liverpool and the UK. An historic landmark, where Stephenson’s ‘Rocket’ first left for Manchester,  Edge Hill possesses a proud history of technological innovation and aspiration. Following over three years of collecting hundreds of interesting stories, memories and insights about the station as well as objects, photographs and memorabilia, METAL and a dedicated group of volunteers called Future Station, the history of Edge Hill Station can now be shared online across the world and the exciting digital exhibition at the station can now be enjoyed by visitors and passengers alike.

The archive has been split up into ten different categories including shops and shopping, social life, war, change and communities and will feature spoken memories which will be played into the space in addition to physical records. There will also be frequent discussions and community events were local people can share their memories of the station in addition to commenting on the memories of others.

In addition to collecting memories and memorabilia, Metal has commissioned writer Kenn Taylor, whose Father and other family members were railway workers in the area, to write a history of the Station, which will shortly be launched as a book as part of the archive project. The organisation has also commissioned artist in residence and 2010 Liverpool Art Prize People’s Choice Winner James Quin to create a number of new pieces under the banner of ‘Point of Departure.’ Quin, who is a painter, was given the brief of responding to the location without necessarily using clichés of railway nostalgia. Following a number of weeks observing the station, it was the people who were waiting or departing on trains, or rather the backs of their heads that became the subject of Quin’s somewhat poetic, dreamlike paintings which will form a temporary exhibition to complement the archive showing until Friday 16th December.

Artist James Quin said:  “While I observed those around me busying themselves with the task of moving from A to B, I began to feel like Vladimir in Beckett’s Waiting for Godot. As the waiting continued, watching the backs of heads became the focus of my attention and not the bricks and mortar, the station platform or even the trains, but rather those observed who were either in the process of waiting or departing. People have been using Edge Hill station since 1830, generation after generation, moving towards and away from Liverpool. Watching this procession from my studio I began to think of myself as being outside of a loop, outside of time, witnessing a process that will continue until the station ceases to exist.“

In addition to the archive and art exhibitions themselves there is a plethora of events programmed in for the community to enjoy throughout the remainder of 2011. These events include the launch of a new book ‘Socialism with a Northern Accent’ by acclaimed political, historical and railway commentator Paul Salveson, an evening of folk music and stories with a railway theme and the Edge Hill Victorian Christmas Fair, which will take place on Sat 10 December from 12-4pm.  Metal will also be launching their ‘Secret Garden’ space, situated along from Platform One. The formerly redundant area is currently being transformed by local people into a community garden, complete with fruit and vegetable patches and raised flower beds. The garden will also boast garden tool shed light installations under the arches near the railway.

“After re-opening the station buildings in 2009 and following on from discussions we had with members of our Future Station group, we decided that there needed to be some way of telling the amazing story of the history of Edge Hill and this famous station to a wider audience, in a unique and innovative way.  It’s not just a story for railway enthusiasts but something that has had a massive impact on the way we live our lives, similar to the way the internet has changed how we experience the world today.  So creating an archive that was housed online and told through interviews with former railway workers, Edge Hill residents, train-spotters and historians, seemed like the perfect way to gather such a diverse and rich history.”

“I spent my child hood in a small house that backed onto Edge Hill station and the busy goods yards of Wavertree.  Returning on a visit from London in the 1970s I took a photograph of the grand facade of the Edge Hill Fruit Depot knowing that the ornate ironwork and sandstone building would soon be demolished.  Unless I captured an image for my own future reference my memory of it would fade and my connection to it would diminish.  That photograph   was subsequently given to METAL for their archive and is the only existing image so far discovered.  This encapsulates the value and importance of the archive; to record what would almost certainly be lost. “

Metal continue to add memories and artefacts to the Archive and anyone with anything to share is invited to contact 0151 707 2277 or email edgehill@metalculture.com.  The organisation is particularly interested in images and memories of the station and its impact on the surrounding communities, old industries and the people work worked in the neighbourhood as well as the everyday lives of people who grew up surrounding Edge Hill. 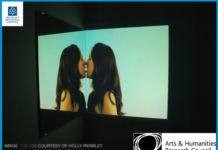 So much to see