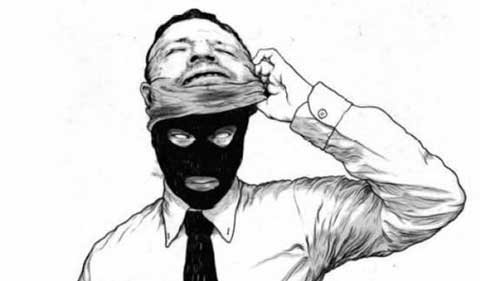 Should be an interesting but short show featuring some top comic book artists at CUC.

Ctrl.Alt.Shift Unmasks Corruption comes to Liverpool with an exhibition of political comic work to coincide with the release of their new comic book anthology. The Exhibition will take a retrospective look at how comics have been employed throughout history to debate and highlight political issues and will include content from previously unseen archives as well as highlights from the Ctrl.Alt.Shift Unmasks Corruption Comic.

A selection of the world’s most compelling graphic novelists and comic artists have collaborated with Ctrl.Alt.Shift, to create a limited edition comic book Ctrl.Alt.Shift Unmasks Corruption which features original work from leading comic artists, satirists and creative figures from around the world including USA, South Africa, India, Sweden, Serbia and the UK.