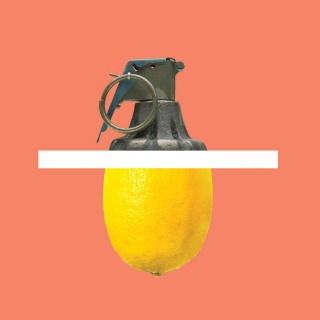 Abandon Normal Devices (AND), a new Northwest festival of New Cinema and Digital Culture, is excited to announce the full programme for the inaugural festival.

The festival debuts 23 September in Liverpool and throughout the 5 days celebrates more than 15 new commissions, over 25 film screenings, 6 UK premieres and over 10 exhibitions from more than 50 leading and emerging international artists and film-makers across more than 14 of Liverpool’s major arts venues and public spaces.

AND will turn Liverpool into a giant question mark, inviting audiences to question what are normal devices? And how and why might we abandon them? On cinema screens, an exclusive preview of Dark Fibre, the new film by Jamie King (UK) to be released online via pirate networks, the Canadian zombie flick Pontypool and Crying with Laughter – a Edinburgh-based blackly comic thriller, plus a special midnight screening of B-movie mash-up Mock Up on Mu and on opening night, Humpday, Lynn Shelton’s Sundance hit – a wildly funny and daring take on the thirtysomething buddy movie.

In galleries, the first lady of performance art Carolee Schneemann (USA) presents a one-off lecture and the premiere of Precarious, her new multi-screen video installation; the UK premiere and first UK solo exhibition from awardwinning artist and filmmaker and the Godfather of Thai independent cinema Apichatpong Weerasethakul (Thailand) and the first UK solo exhibition and appearance by political interrogators The Yes Men (USA). In the public realm, Polish artist Krzysztof Wodiczko (Poland) will unveil politically-charged, large-scale projections on buildings across the city, inspired by the experiences of Northwest soldiers recently returned from war; media artist duo KMA (UK) will bring interactive light projections to Arthouse Square and DJ Spooky (USA) will create a unique remix of DW Griffith’s controversial film, Birth of a Nation, at the Abandon Normal Devices On the Waterfront event.

On Bold Street, A Small Cinema will curate a very special cinema event, complete with ushers and velvet curtains.

Meanwhile, at the daily AND salons, an eclectic array of experts from the worlds of science, health, sport and culture will consider notions of social justice, human rights and equality and question normality.

Liverpool’s underground nightclub phenomenon The Kazimier will also create a one-off, large-scale carnival of amusements as the grand finale and closing party for this year’s festival.

Historic Wedding Dresses to go on Show at Sudley House

Exhibition by Lel at Calderstones