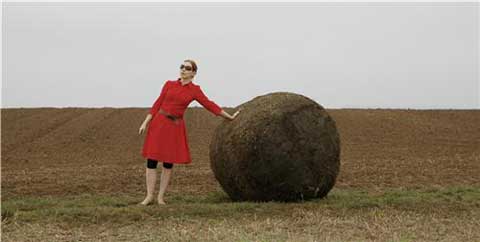 Fear and Optimism: Liverpool in the 21st century

As Liverpool moves away from its having its Capital of Culture status, it has been left with a wealth of artists still burning from its impact. Liverpool’s artistic environment never was understated, a reason it gained its CoC crown, but it is now a wash with new work created over a hectic last 12 months.

Away from the headline-grabbing international venues, Liverpool became a myriad of studios, small galleries, house exhibitions, street art and almost anything happening at an exciting grass-roots level. To celebrate this high quantity and quality of fresh work, ‘Fear and Optimism’ seeks to propel 24 multi-disciplinary artists onto a three month long tour of galleries in Sheffield, Durham and Halifax.
Having just spent the last year as Europe’s Capital of Culture, Liverpool has now become the U.K’s hottest place for new and exciting art. This exhibition brings together some of the cities most talented, up and coming young Artists to showcase what’s really taking place on the cutting edge. Showing at both the Workstation and Bloc Space, this is an event not to be missed!