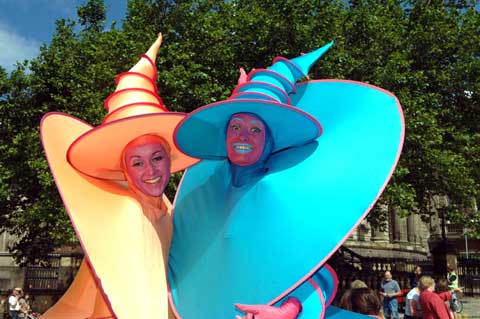 Six Liverpool-based photographers captured every day of the city’s reign as European Capital of Culture 2008 in a new exhibition at Liverpool’s 08 Place, which opens on April 10.

The collection showcases the architecture and arts, music, maritime heritage, fashion, football, events and everyday events that make Liverpool the diverse, passionate and cosmopolitan city it is, and celebrates its position at the forefront of the UK’s cultural scene.
Photographs chart the year from the opening ceremonies through street performers, sporting events and some of Liverpool’s most famous sights, from urban cityscapes to countryside and beaches; the man on the street to celebrities and visitors enjoying Capital of Culture events and celebrations.

It is a demonstration of the pride and the passion of the city and its surrounding
area; a glimpse into the defining moments, special events and everyday occurrences that shaped the year and captures the experiences of both people living in and visiting the city.

The finished collection will be published later in the year in a 400 page hardbacked book by Woodland Publishing. As an exclusive preview, this hand-picked selection is being exhibited for two months throughout April and May, in association with Open Culture and printed by Moorfields Photographic.
The show has been curated by Lucy Byrne, of local arts organisation dot-art, who says: ‘I’m delighted to be involved in this project, as I feel it is the perfect way for Liverpool to remember and reflect on the excitement, energy and optimism that characterised our Capital of Culture year. The selection process was incredibly difficult but I hope the exhibition successfully illustrates a cross
section of the people, places and events that defined 2008, combined with the things that characterise the city of Liverpool.’