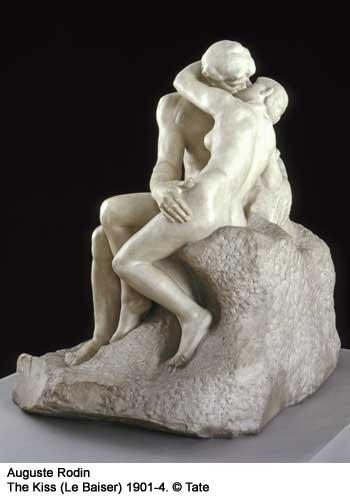 Liverpool artwork of the week – 50. The Kiss by Auguste Rodin at Tate Liverpool.

Lets end the year with a big kiss!

Its been welcoming guests to the foyer of Tate Liverpool throughout 2008 and continues until April 2009.

One of the nineteenth century’s most innovative sculptors, Rodin is often referred to as the first modern sculptor because of his concern with the materiality of form. The Kiss appears timeless, a lasting manifestation of the academic nude which succeeds in delicately balancing the ideal and the erotic. Originally part of a larger commission, The Gates of Hell, illustrating Dante’s Inferno, The Kiss depicts the adulterous lovers Paolo and Francesca in their first embrace. The Kiss was produced at the beginning of the century at a time of great experimentation, during which the treatment of the figure would be radically transformed.

Artwork for the Weekend – Ringo Starr

Artwork of the Week – Jota Castro