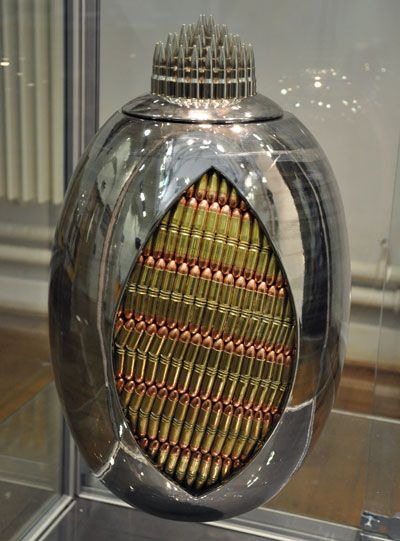 Some really amazing ceramics by Peter Lewis, I would love to know more about them so it is fortunate that the artist is giving a talk about his inspiration and practice at the Cornerstone tomorrow at 16.00 Tuesday 9 March in room cor110 and its Free.

Where conflict, power, belief and political expediency come together is the territory where Peter Lewis positions his personal practice; an art engaged in a dialogue of the current social and political realities around us. It explores duplicity, cultural systems and reflects on the futility of individuals, as well as armies to create new environments and societies.

The work pulls together a variety of strands from news stories, events and personal experiences that act as counterpoints between East and West. Lewis believes that media coverage of events and sound bite reporting reinforces Western preconceptions and facilitates mythical notions of realities on the ground. His art interrogates concepts of duality, or paradoxical situations that often involve contradictory elements. Indeed, this is part of a fundamental art making strategy within his practice, a dichotomy that reveals an alternative narrative.

Artwork of the Week – Melanie Tomlinson

Artwork of the Week – Camille Pissarro

Artwork of the Week – Sascha Weidner