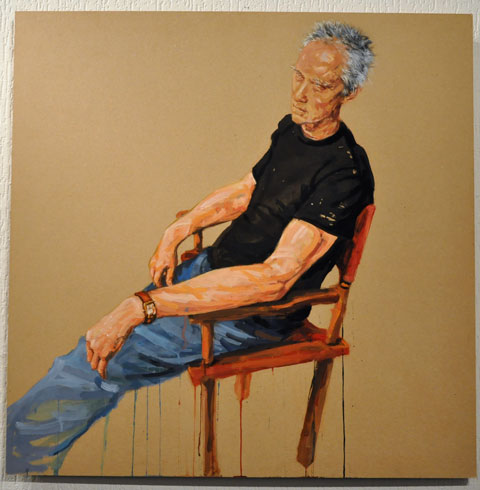 Liverpool artwork of the week 2010-35. ‘Portrait of Peter Cameron’ gouache on board by Kim Harley at The Gallery Liverpool 28 August – 10 September 2010

The current exhibition at The Gallery features works by the artists based in the nearby Elevator artist studios in the Elevator building. It’s a really good show with a few artists whose work I haven’t seen much of before because although they are based here they may exhibit elsewhere or may do a lot of commissioned work which the public never see.

Kim is one such artist, she is a long established commercial painter and illustrator and also teaches art and design but I don’t recall seeing her work before. She has a couple of portraits in the show including this one of fellow studio member Peter Cameron.

There is of course a lot of other excellent art in the exhibition – well worth a visit.