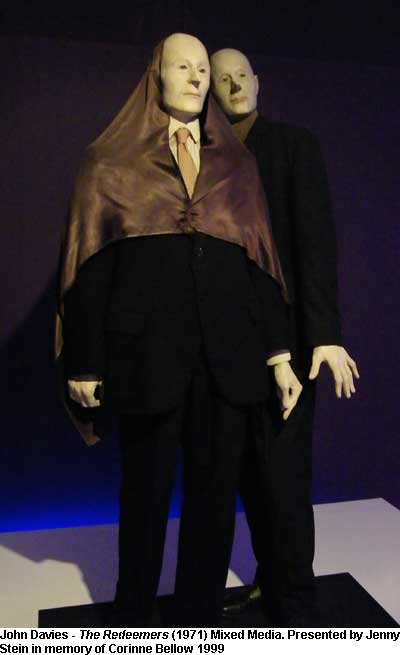 This is in the section curated by Wayne and Jack Hemingway where it maybe looks less eccentric than in the more standard gallery setting. This ‘Sculpture Remixed’ area is presented in an innovative and exciting way: a light-up dancefloor occupies the centre of the space and visitors are invited to take part in a silent disco. Visitors can pick up wireless headphones and listen to specially-selected tracklists. Hemingway & Son experiment with innovative and quirky ways to present the artworks  ambient lighting, mirror balls, specially created plinths and a dancefloor designed by Kathrine Sandys (Liverpool Institute for Performing Arts).

Artwork of the Week – AL and AL