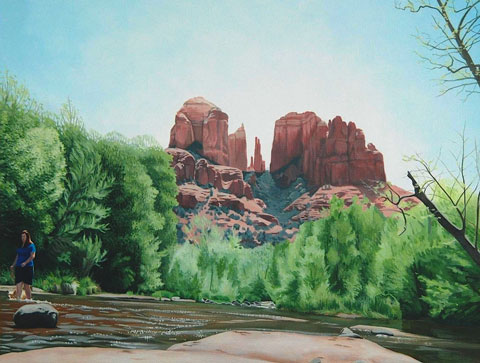 Liverpool artwork of the week 2010-33. ‘Woman Walking Her Dog in the River Near Sedona’ painting by James Buso in Urban Outfitters, 7 August to 1 October 2010.

Always liked Jim Buso’s paintings but we don’t get to see them very often despite him being in the Royal Standard studios. This is an unusual location but they do show some good artwork on the staircase in Liverpool ONE’s Urban Outfitters and this small exhibition titled Every Mark Meant Something I Forgot looks great. Artwork of the Week – Imogen Stidworthy

Artwork of the Week – Ben Rivers