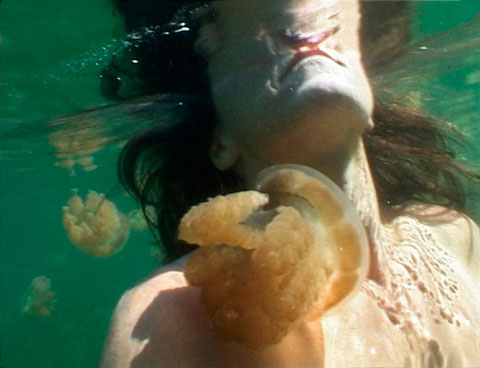 Love this video, I can watch it for ages. This exhibition which also features a great video by Bill Viola and lots of other goodies ends on 13 February 2011.

The Underwater exhibition  sees painting, sculpture, photography and video by ten international artists, including Bill Viola, Dorothy Cross and Ellen Gallagher.The Bluecoat has commissioned the installation of a 12 metre 3D Drawing of a submarine by Mark Anstee. Mark Anstee’s Removed and Destroyed Without Warning (RADWW) is a drawing made from wood, cloth, paper and metallic wax. Using the full height of the Bluecoat’s Vide space, this archetypal submarine is positioned diagonally ‘nose-up’ as if trying to surface for air.

Artwork of the Week – Gustav Klimt

Artwork of the Week – Lynn Parotti

Artwork of the Week – Bernie Lubell