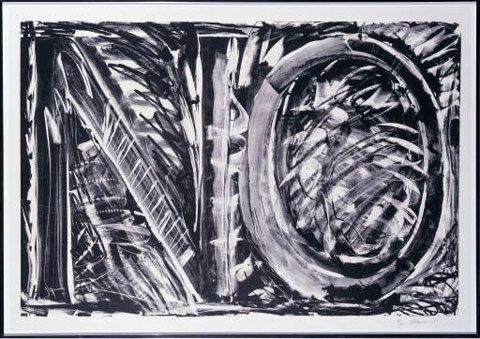 The DLA Piper Series : This is Sculpture at Tate Liverpool continues until 11 April 2012 but some areas may change from time to time so people who visited last year may not have seen this section with works selected by Poet Laureate Carol Ann Duffy.

Text from The Tate…
Nauman”s work often antagonises or disorients. The ”No” of this lithograph is in keeping with his refusal to offer solace or affirmation to the viewer. Its immediacy also demonstrate Nauman”s ongoing commitment to making what he describes as ”art that was just there all at once. Like getting hit in the face with a baseball bat. Or better, like getting hit in the back of the neck. You never see it coming; it just knocks you down”.
(From the display caption August 2004)

Artwork of the Week – Matthew Houlding

Artwork of the Week – David Goldblatt

Artwork of the Week 35