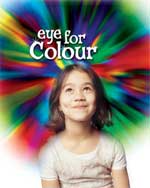 From National Museums Liverpool…
World Museum Liverpool reaches another landmark
World Museum Liverpool broke all records for visitors during the February half-term holiday last week.
In the seven-day period from Monday 20 February to Sunday 26 February 2006 there was a stunning total of 36,000 visitors – more than three times the average weekly figure.
And nearly 33,000 (77 per cent) of the visitors went to the new eye for Colour exhibition at the museum in the same period.
The previous record numbers of visitors were 24,000 each in the weeks of the May Day bank holiday and October half term holiday after World Museum Liverpool opened.
World Museum Liverpool (formerly Liverpool Museum) opened in April 2005 after a £35 million renovation scheme which doubled its size and brought thousands of objects out of store to fill new galleries.
eye for Colour looks at the amazing world of colour. Visitors enjoy astonishing experiences linked to ever-changing domains of colour where light and shade combine to create startling forms. There are also many hands-on activities. The exhibition runs until 27 August 2006.