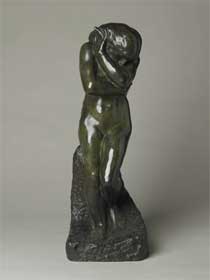 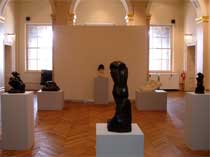 National Museums Liverpool have kept me busy the past few days, there’s lots of new things happening. This story about all the Walkers collection of 6 Rodins coming from a house in Blundellsands is very interesting, I should try and make it to the talks.

All were bequeathed to the Walker in the 1920s by wealthy Liverpool wine merchant James Smith, who once owned more works by Rodin than any other British public or private collection.

Smith bought the the sculptures between 1899 and 1907. He visited Rodin in his Paris studio in 1903 and ordered the marble version of ‘The Death of Athens’. All were displayed in Smith’s home The Knowle, in Blundellsands, near Liverpool, together with a collection of more than 100 art works later also bequeathed to the Walker.

‘Danaid’ and ‘The Death of Athens’ were placed on turntables – supplied by Rodin – so they could be spun around and admired from all sides. Smith and Rodin corresponded and met frequently in London and Paris, which Smith often visited in the course of his business pioneering the import of Mediterranean wines into Britain.