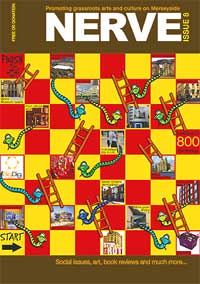 Nerve 8 is available for free in the wonderful News From Nowhere, as well as all local cultural venues, cafés and libraries.

It can also be read online at http://www.catalystmedia.org.uk/issues/nerve_latest_index.htm

Also a benefit night on Friday 28th April at 52 Roscoe Street,
line-up to be announced – will include music, theatre and poetry.

New Museum of Liverpool Gets the Go Ahead

Julie Anderson at Ginger Up